The 19th-century district of Bospolder-Tussendijken has been undergoing restructuring for decades. The more recent plans aim to bring more high-income groups into a district with a culturally highly diverse population.

The Punt 2 and Schipper 2 plans are the final sites in the district and form a transition between the 19th-century area and the Roof Park with the new ‘city docks’ of the 21st century, which will rise up behind them.

The plan is designed to harmonize with the mosaic of building volumes that are typical of the Bospolder-Tussendijken district. In the proposal, the two development locations are cut up into smaller entities that in scale, form and typology ensure a seamless transition to the existing building blocks, streets and squares in the neighbourhood.

Each of the five closed building blocks has its own character, highly differentiated housing programme, and a courtyard garden on the first floor on a thick layer of soil, with a ground-floor car park underneath. All courts differ in terms of style and have a structure that varies from open to closed. The outer skin of the blocks is detailed in profiled brickwork that gradually becomes more open and changes colour from the neighbourhood side to the park side. Consequently, the blocks blend with both the red brickwork architecture of the 19th-century district and the openness and lightness of the Roof Park.

The result is a highly integrated design with plenty of routes through to the neighbouring Roof Park. The five building blocks allow a variety of apartment types to be realized side by side without negatively impacting on the coherence of the urban plan. The design also ensures that the green character of the Roof Park can penetrate deeply into the neighbourhood. 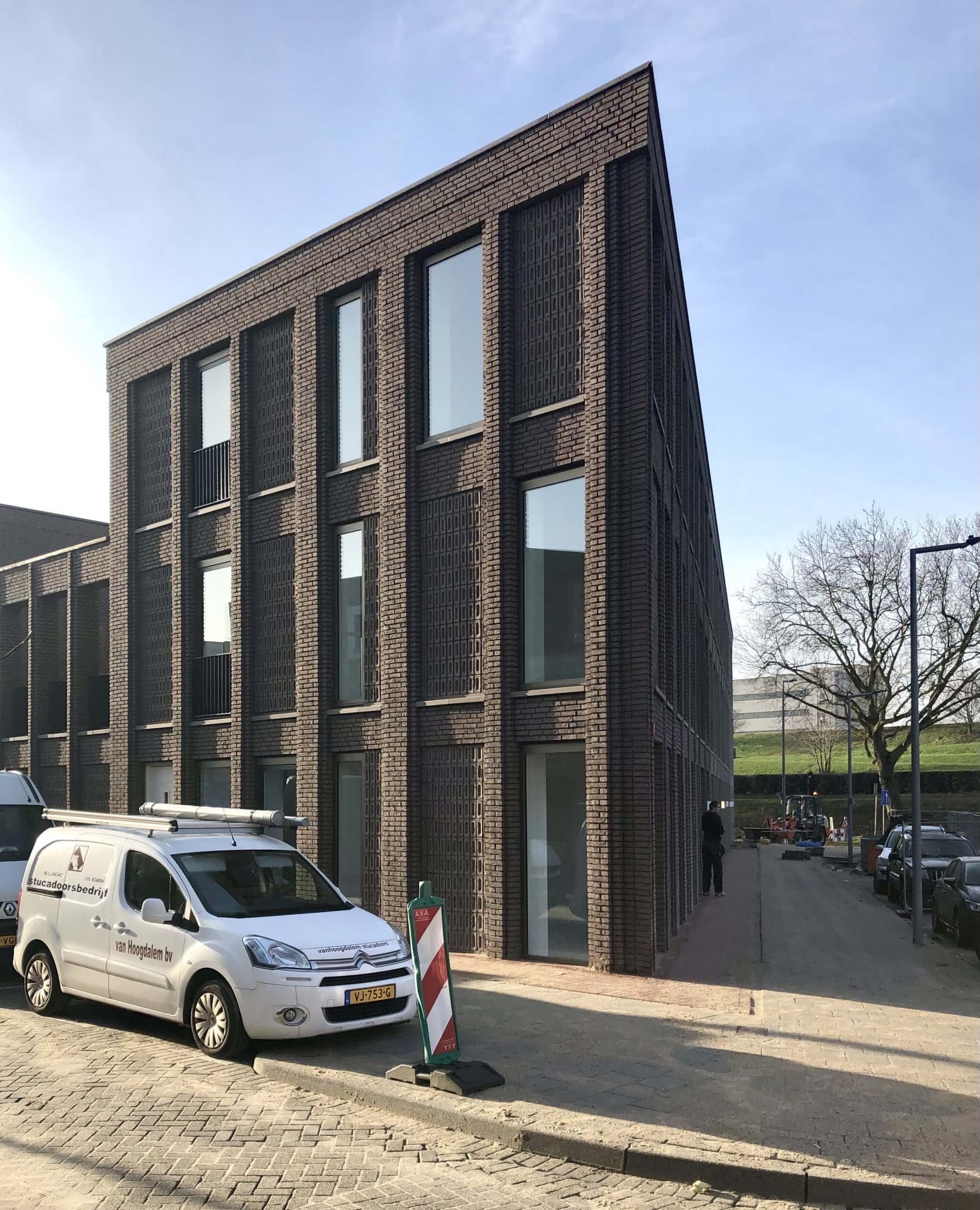 Sustainability is an important theme for The Hudsons. It is taken to a higher level in this project by being fully integrated into the concept. The five building blocks are self-sufficient in terms of energy, with a water-neutral building envelope and maximum reuse of materials. Since the apartments are fitted with all-electric amenities, there will be no use of fossil fuels.