Block 7 is the second block developed by KCAP+ORANGE within the master plan for Vasilyevskiy Island in St. Petersburg. The design for Block 7 is based on the same principles as Block 6, but the architectural elaboration makes each block unique.

The master plan, called Golden City, forms the basis of the project. The area borders the new cruise-ship harbour of St. Petersburg. The morphology of the master plan refers to the structure of St. Petersburg’s centre, with solid urban blocks and a diversity of enclosed urban gardens and courtyards. This classic urban composition provides shelter and protection from the wind from the sea and generates a variety of public spaces and environments.

The concept of the facade of Block 7 is based on a gradient, in colour as well as of window size. By colouring the reveals of the windows either golden or white, we gradually merge the golden colour of the top part of the building with the white of the lower part, creating a dynamic wave around the facades. This wave is amplified by introducing bigger windows in the upper part of the facade, and more narrow windows in the lower part. The narrow windows refer to the scale of the streetscape while the wider windows offer more panoramic views at the city level. 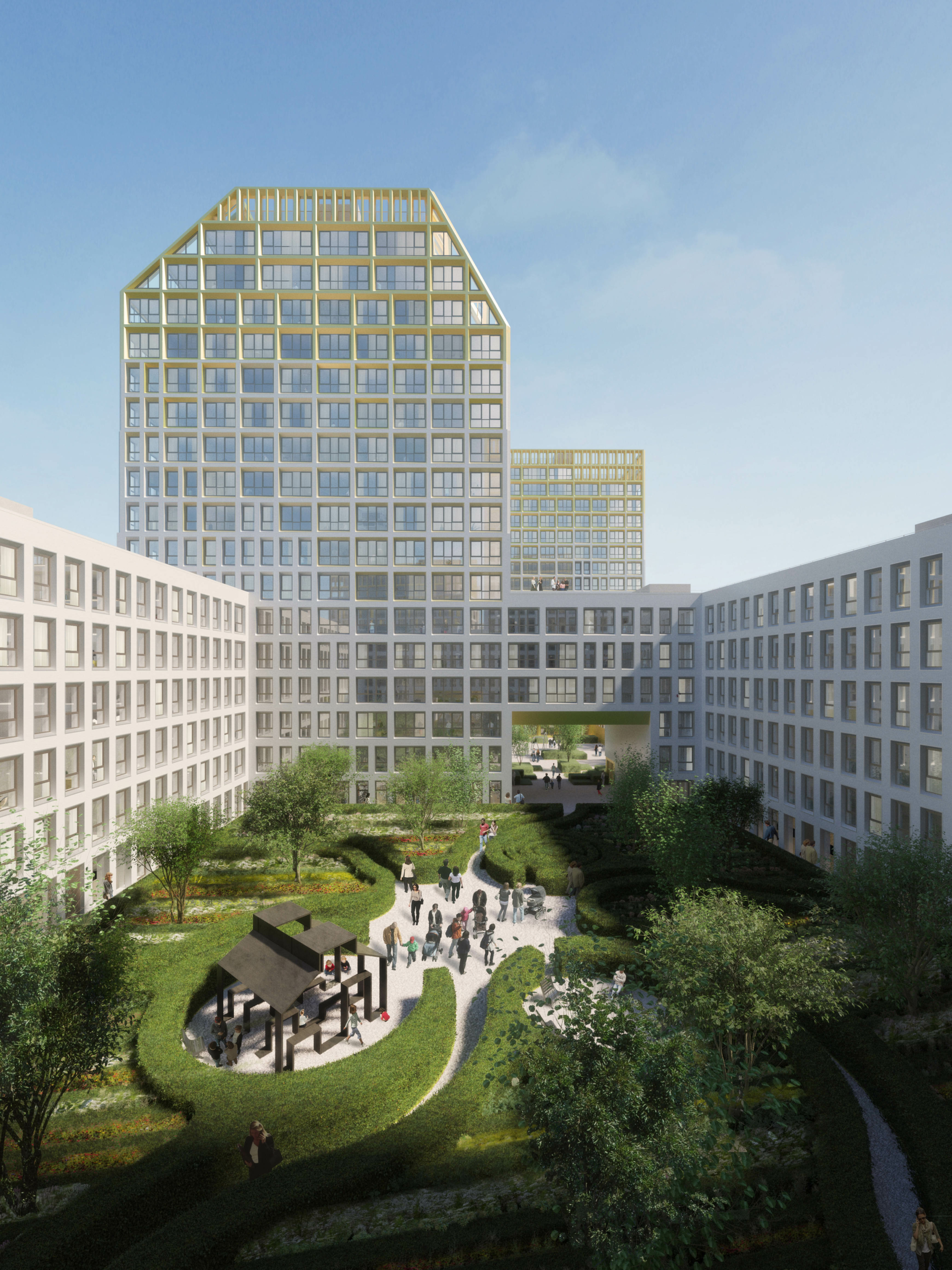 Three towers on top of the perimeter block offer unique views towards the sea and the city, and will be part of the new skyline of St. Petersburg. The six-storey plinth of Block 7 incorporates two courtyards: an enclosed courtyard and an open one. 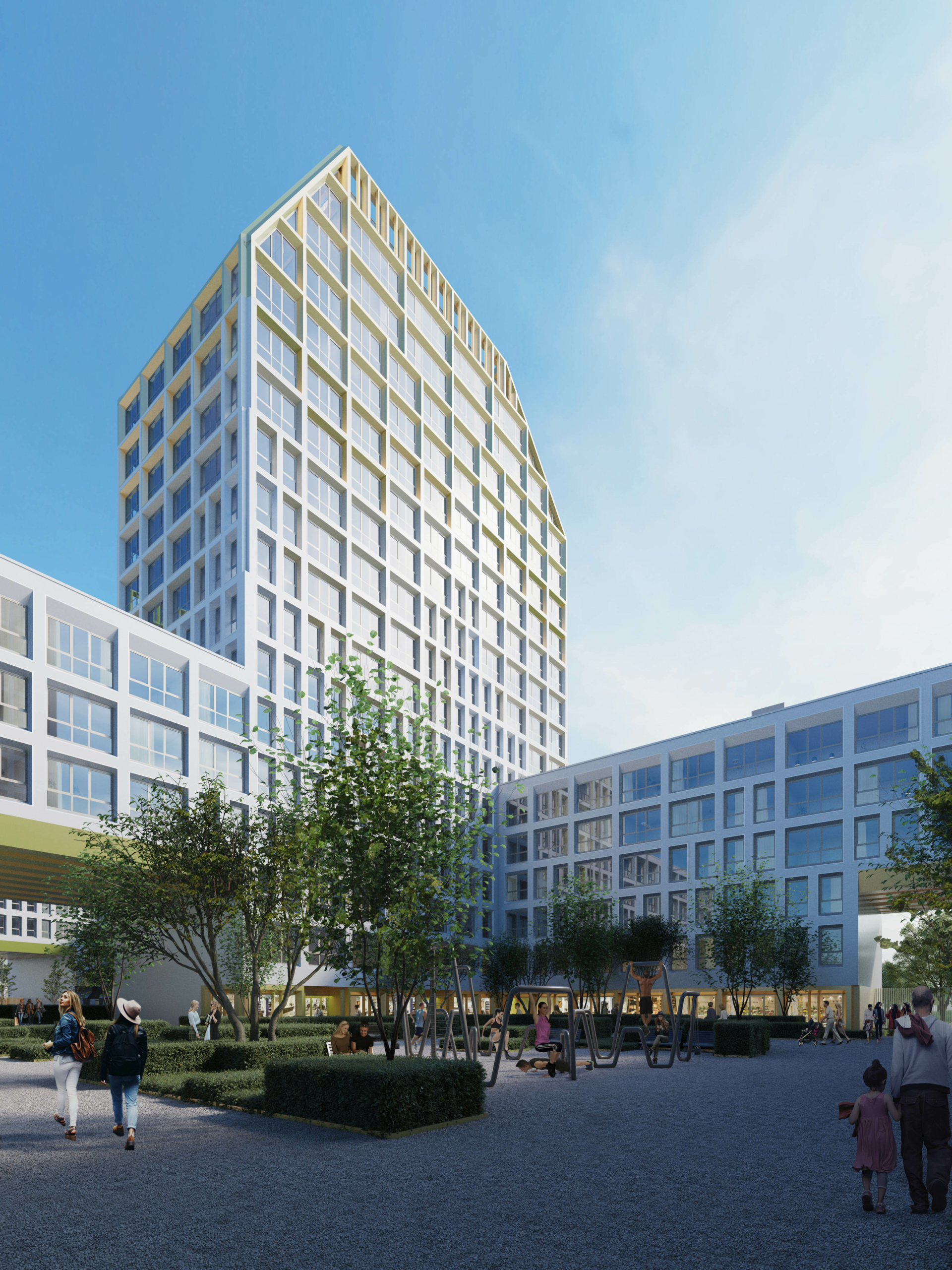 The golden colour from the top part of the building gradually merges with the white colour of the lower part, creating a dynamic wave